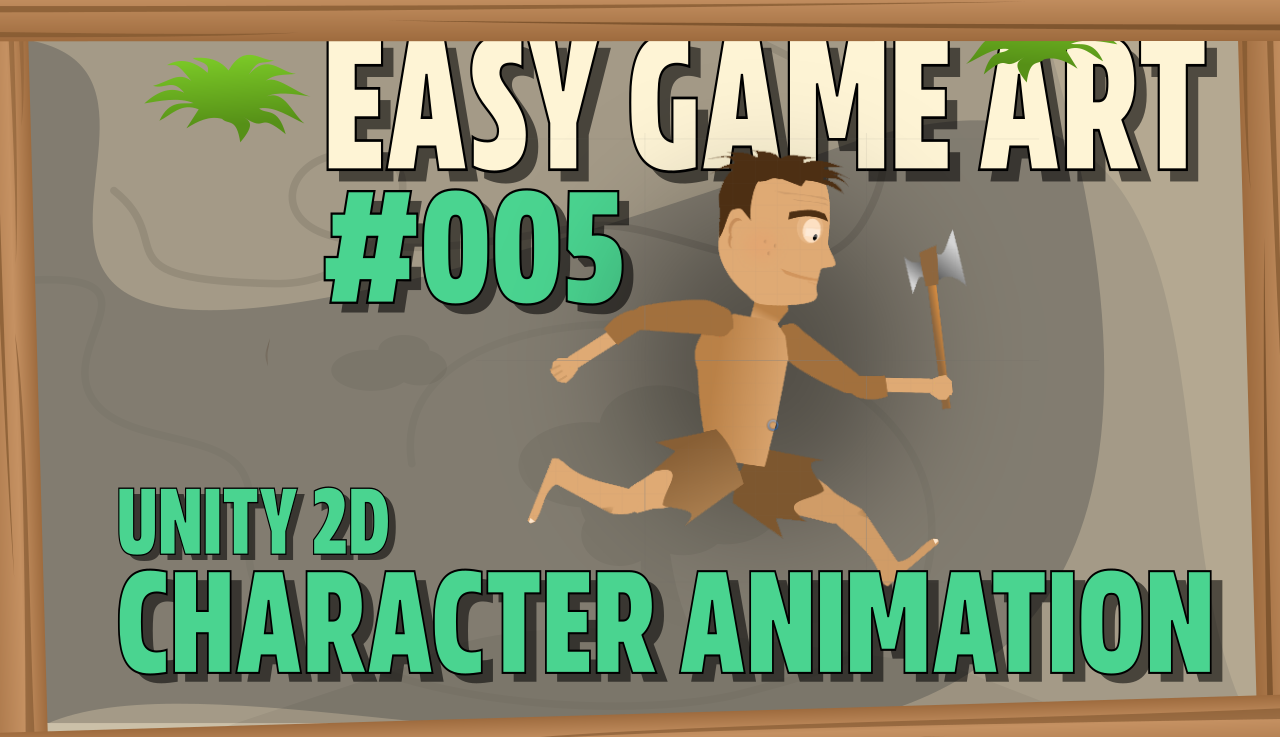 The Character Controller from my episode of Easy Game Art on 2D Character Animation.

END_OF_DOCUMENT_TOKEN_TO_BE_REPLACED

You have always dreamed of building your own game? You have gathered countless ideas for the next great games in your head or on paper? You finally want to start working and take them to life? Then you are probably ready to become a game developer. But what now? Where to start and what to do? And what about that thing called Unity?

The world of game development is immense and complex. For beginners it is dangerous to get lost in the wild jungle of game engines and programming languages. While there is a lot of information and many tutorials out there, not all of them provide good advice and few are up to date.

END_OF_DOCUMENT_TOKEN_TO_BE_REPLACED

In addition to my advice on drawing tilesets with Photoshop, I decided to do the same for vector graphics tilesets with Inkscape.

In the last months, I started to mainly use vector graphics for my game art. In case you don’t know, vector graphics and its standard format SVG are a way of representing graphics by storing mathematical descriptions (like position, size, color etc.) of geometrical objects. Besides common shapes you can also create paths and complex objects with an arbitrary number of edges and curves. By combining the different techniques it’s possible to model almost any object you can imagine.

END_OF_DOCUMENT_TOKEN_TO_BE_REPLACED

In my new series „Let’s Create A Game” I’m developing a full-scale game, producing everything from code to graphics on my own. In parallel to my YouTube videos I will release a written and more in-depth version on my blog after each episode.
END_OF_DOCUMENT_TOKEN_TO_BE_REPLACED

Tilesets are a wonderful way to create 2D worlds of any size. Back in the 80’s and 90’s, most games used tile-based game worlds because it was the most space-saving approach of creating big levels and disk space was extremely limited at that time (Super Mario World on the SNES had a file size of less than 512 KB). Although nowadays disk space is no more issue at all, tilesets are still popular when building 2D game levels, especially in platformers and top-down RPGs.

END_OF_DOCUMENT_TOKEN_TO_BE_REPLACED

As I finally released the alpha version of LevelFX – my brand-new 2D platformer creation kit – I’ve thought it was a good idea to write down step-by-step instruction on how to actually use it to create your first level.

So here you go. If you haven’t downloaded LevelFX already, it’s time to do so. After that you are fully prepared to start building. In no more than a few minutes you are going to play your first self-made level, I promise.

END_OF_DOCUMENT_TOKEN_TO_BE_REPLACED

The 2D platformer enjoyed its major hype back in the 90s with blockbuster series like Super Mario, Mega Man, Sonic, Donkey Kong Country and many, many more. Nowadays the genre is witnessing kind of a renaissance, mostly through the new range of indie developers.

In this article I try to cover the major technical aspects on implementing a 2D platformer game.
END_OF_DOCUMENT_TOKEN_TO_BE_REPLACED

The XNA framework was Microsoft’s attempt to reach a wide range of game developers, including professionals as well as indie developers while targeting their different platforms Windows, Xbox 360 and Windows Phone. Although the framework was used and loved by many developers, Microsoft quit its further development in 2014 with version XNA 4.0.

Still this doesn’t mean that it’s dead. Thanks to MonoGame, an open source implementation of the XNA API, there is a great alternative, that not only guarantees a nearly 100% code reuse but also allows cross-platform development for a lot of targets, including Android, iOS and Linux. END_OF_DOCUMENT_TOKEN_TO_BE_REPLACED